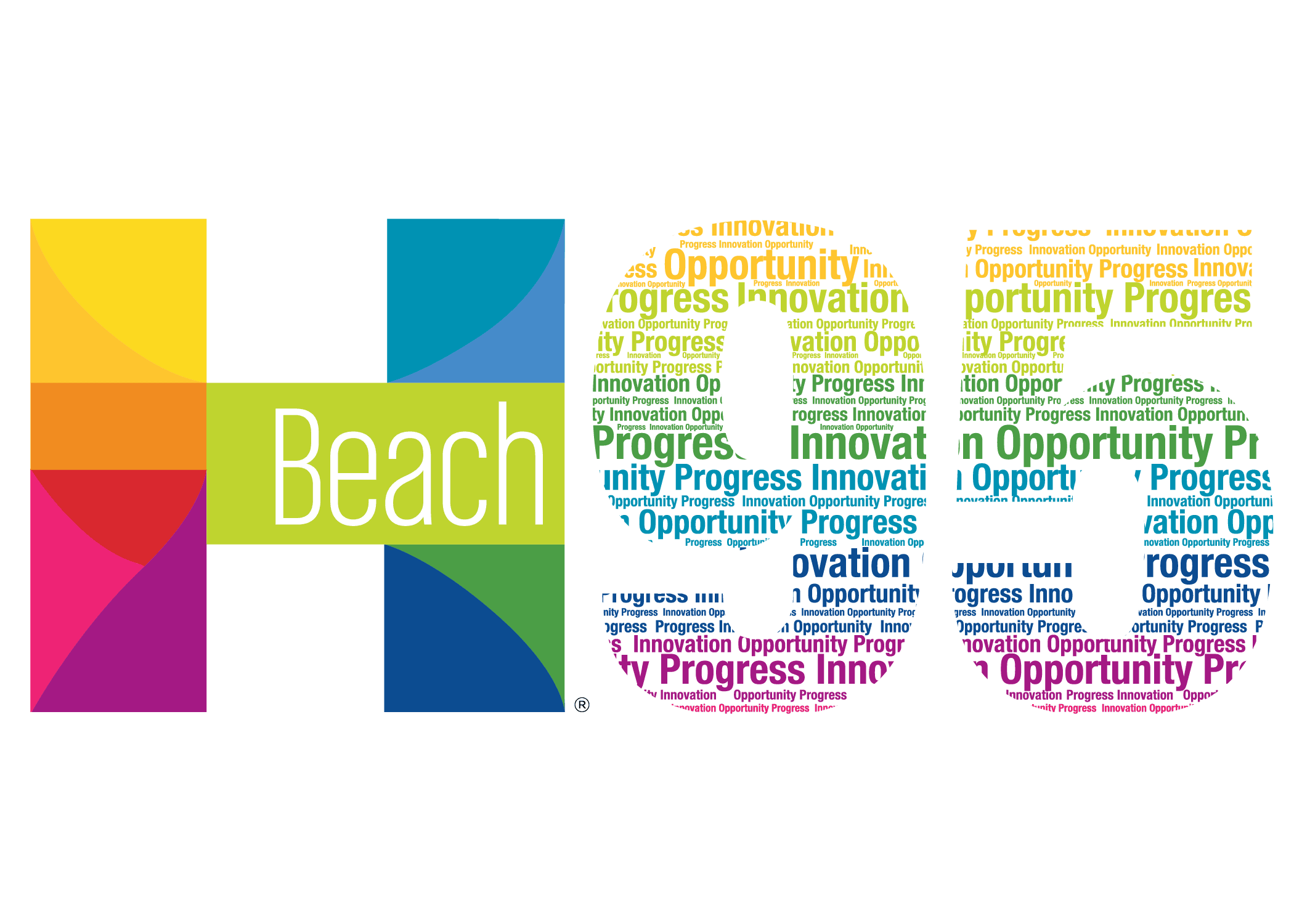 The City of Hallandale Beach is celebrating our 95th Birthday on May 11, 2022.  Learn more about the rich history of our community:

Hallandale Beach, like most of Broward County, had no permanent European-descended population until the end of the 19th century. Seminole Indians, in settlements that lay inland of the Atlantic shore, hunted in the area and gathered coontie roots to produce arrowroot starch. past.

Railroad magnate Henry Flagler, owner of the Florida East Coast Railway, recruited Luther Halland, a brother-in-law of Flagler's agents, to found a settlement south of the community of Dania. Halland and Swedish immigrant Olaf Zetterlund touted the frost-free climate and cheap land of the settlement (then named Halland, later changed to Hallandale). Halland constructed a small trading post and became the first postmaster of the small community.

By 1900, the community had slowly grown to a dozen families—seven of Swedish, three of English, and two of African descent. In 1904 the first school was built, and the first church followed two years later. Hallandale was primarily a farming community; the beach was undeveloped and used by the residents only for recreational purposes.

In the first years of Hallandale, a trip to Miami was an overnight affair. A hotel room cost 25 cents a night and meals were another quarter.

Most of the Seminoles did not come into Hallandale at all because it was not a trading post.

The first school was opened in 1904 and was known for the “one-room” school.

The Greater Ebenezer Missionary Baptist Church was established in 1909 by Sister Lougenia Johnson and Sister Missouri Wilson. Conducting Sunday school under a rubber tree. The church has ministered and served Hallandale Beach for over 100 years.

The Historic School house was built in 1910. It is the oldest building in Broward County known to have been originally built as a school house.

Arda Hedrick Ratliff came to Hallandale in November 1911 after her father had bought 100 acres of land for $110 an acre!

In 1912, only one family had a vehicle, even two years later there were only two vehicles in town.

To get a horse and wagon to the beach before the bridge was built, the teamster would allow the horses to swim across the canal, then cast a rope across and tie it to the wagon, which then would be pulled across by the team.

The first bridge was put in place in 1917 so you did not have to use a rowboat to cross the canal (Intracoastal Waterway).

Hallandale was incorporated on 11 May 1927, the eighth municipality in Broward County. By that time, a thriving community of 1,500 residents, with electricity and street lights, was in place.

1,500 residents lived in Hallandale by the time it was incorporated.

Hallandale began as a city with the voting numbers of 229-21 and Oliver L. White as mayor and J.W. Moffitt Sr., as President of the Town Council.

The City was named after Luther Halland, the city’s first post master.

The reason Hallandale did not grow like Hollywood in the 1920s was that Hollywood was planned and built to sell and Hallandale was all old settlers, and they did not want to sell.

The newly organized Hallandale Woman’s Club adopted as one of its first projects, a campaign to obtain street lights in 1923.

By 1924 the chief tourist accommodation still was the old land-company rooming house, which by this time was called Hallandale Hotel and could house 15 people at $2 per day, with special weekly rates.

Curci House, built in 1924. It’s originally known as Villa Providence and was first home to the Frank Curci family.

The newly incorporated City of Hollywood annexed Hallandale on January 15, 1926.

Trust Co. of Florida in Hallandale was offering 8% compound interest in first-mortgage bonds, about 2% above the prevailing rate, in order to attract investment capital: February 1926.

In 1935 City of Hallandale only had two employees, an on call policeman and a Clerk who also worked as a Tax Collector and Tax Assessor.

A trip to the beach in the 30’s included stops each way for water at an artesian well across Beach Boulevard from where Bank of Hallandale now stands.

In 1941 City Hall moved to 308 South Dixie Hwy, along with the Police headquarters.

In 1947, Hallandale was reincorporated as the City of Hallandale, allowing it to expand its borders through annexation of nearby unincorporated land lying adjacent to the Atlantic shore.  A group led by J.W. Moffitt Jr. approached the State Legislature to allow the city to annex the land from Federal Highway east to the ocean, it was approved.  It gave Hollywood the land on the ocean side north of Beach Boulevard, which is why the city is oddly shaped.

In 1947 Hallandale had six policemen an seven firefighters

In 1947, when the city had its first fire dept., they had to carry their own water to fires because the city had no water system.

The Hallandale Volunteer Fire Dept. Building and their First Truck opened in February 1948.

The first services that were held in St. Ann’s Episcopal Church was on March 21st, 1948. The church was organized in 1914 by a group of Bahamians who had come to this part of Florida bringing with them their right traditions of the Anglican Church in the Bahamas.

By the 1950’s, motels such as the Dakar, the Flamingo and the Gates Riviera opened on Ocean Drive (A1A) and The Fredola and Badger Motor Court also opened on the mainland side, 109 South Federal HWY.

Dixie Park, which was a weedy field in 1950, has been built into a major recreational complex now known as OB Johnson Park.

Foster Park and Ingalls Park was named after the City’s first Mayor, Foster Ingalls, who served from 1950-1958, and served as Hallandale Police Chief 1938-1943.

The first Water Tower was built in 1951.

The “new boom” began in 1955 when H.B. Layne began turning a mangrove swamp along E. Beach Boulevard into Golden Isles.

Six cannons and the anchor were recovered off Hallandale Beach December 31st, 1960. University of Florida historians believe the guns to be from an English ship sunk during the “War of Jenkins Ear”, between English and Spanish Frigates in the 1740’s.

Hallandale contributed a lovely float in the 1960 Orange Bowl parade.

In 1965, Hallandale was the fastest growing city in Florida!

In 1965, Morrine Ware opened up Sonny’s triangle restaurant with the help of her husband Sonny. The famous restaurant remained open for more than 70 years!

In 1965, the Hallandale Jewish Center opened with 10 members, and twenty-one years later, the membership stood at 1,250.

In 1971 the Fire Dept. became fully paid and the volunteers only acted in administrative functions.

Dr. Joseph A. Amunategui was the first chiropractic physician in Hallandale Beach: 1973 he opened his office.

The Dixie Park community center was named for Austin Hepburn Jr., after he was killed in the line of duty in 1974.

Golden Isles was annexed to Hallandale Beach in 1978.

In June 1980, Chief Richard Fox, was given a plaque honoring him for being selected as a member of “Who’s Who Among Students in American Colleges and Universities” as he was finishing up his Florida International University degree.

In the mid-1980’s Hallandale Adult and Community Center opened as a full-time adult education facility. It was moved in 2016.

On August 27, 1999, the city officially changed its name to Hallandale Beach.

The current City Hall opened in 1997.

The City of Hallandale changed its name to Hallandale Beach in August 1999.

On March 17th, 2002, Greater Ward Chapel celebrated its 100th anniversary. The Pioneers first established the church in 1902 and it is located at 900 NW 6th Ave.

May 21st, 2003, the northwest community voted for a new name and selected “the Palms of Hallandale Beach.”

Hallandale Beach has an award-winning water tower, Beach Ball, for “Large Creative” given by US Environment Protection Agency, Region 4 in September 2005.

On December 24th, 2013 the Curci House was listed on the National Register for Historic Places.

Gulfstream Early Learning Center and Gulfstream Academy were established in 2016.

The city has a total area of 4.55 square miles.  The land area of Hallandale is 4.21 Square Miles and the remainder, .34 square miles, is water.